After much sobbing and gnashing of teeth, I have succumbed to the recommendation of trying the 22 Day Revolution nutrition plan. If you haven’t heard of this yet, it’s a plant-based nutrition and fitness program made famous by Beyoncé and Jay-Z in collaboration with fitness and nutrition expert Marco Borges. Apparently they dropped a shitload of weight in a seemingly unreasonable amount of time and looked fabulous upon doing so.  While I’m pretty sure my results won’t be quite as spectacular, I’m always game for a change-up from my usual meal prep routine.

The concept behind the 22 Day Revolution is simple: in theory, it takes 21 days to break an old habit and make a new one stick. So theoretically after 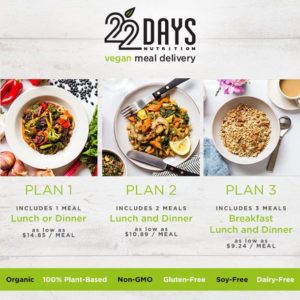 The traveler has come. Choose and perish.

three weeks of eating vegan, I’ll feel so amazing from being fully plant-powered that I’ll never want to go back to meat. Having been vegan once many moons ago, I can tell you that I have no interest in being meat-free, nor do I feel like I’m somehow going to be magically broken of my meat-loving habits. As both a runner and powerlifter, I find that animal proteins provide me with the optimum level of energy and muscle building for my personal goals. Your mileage may of course vary, but that’s not unusual. Some of us are carb efficient and some of us are protein efficient, and I happen to fall into the latter category. And for me, animal proteins work best. Also, bacon is tasty. So there’s that.

I opted for the three week lunch-and-dinner fresh meal delivery option. My logic was this: it was going to be easier for me to adhere to this for three weeks if someone else did all the heavy lifting, I was more likely to stick to it if I paid that much money for food (the cost even after a fat discount code I was provided was $9.71 per meal), and I could easily come up with vegan breakfast options that would satisfy any cravings I had that the lunches and dinners didn’t provide. The meals are delivered in batches of seven days for the first two weeks and then eight days for the last week, vacuum sealed in individual recyclable trays for ease of use. Easy peasy.

Except that I didn’t count on these meals being so bean- and legume-heavy. There is not a fruit in sight, save for tomatoes and squashes, nor is there any tofu or TVP. This is because soy is considered the devil’s seed apparently. Which okay, fine. No worries. But that also means I’ve got a long road of bean-fueled farts and shiitake-masquerading-as-beef ahead of me. Fun times. I’m calling it right now: It’s a good thing I hit Costco the other day and bought a massive pack of toilet paper. 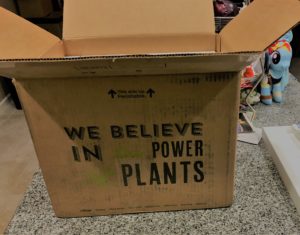 So my first week of food has already arrived (they ship every Wednesday for delivery on Friday) and I’m both excited and terrified. Nestled in a tightly-packed box of thick ice packs and insulating Styrofoam were my 14 Week One meals, each labeled with which day and which meal they belonged to. I’m trying not to be judgmental about some of the meals based on their looks, buuuuuuuuut…I suspect there will be a couple of things I’m going to literally have to choke down. I’m looking right at you, eggplant.

My daily plan will break down into three meals and two snacks, which is a bit of a shift from my usual five full meals. I never thought I’d say this, but I’m already sure I will miss my nightly casein. I’d say that my gut will appreciate the break, but, y’know…beans and legumes and quinoa, oh my! No rest for the weary GI tract. Breakfast will be steel cut oats and the snacks will consist of fresh fruit and almonds, and I’ll likely hold onto this for the duration of the 22 days for simplicity’s sake. Let’s see how long I can carry that on before I chuck my oatmeal against the wall.

Tonight I dine on a last supper of something laden with meat and cheese. Tomorrow I enter the Thunderdome. In 22 days we’ll see if I emerge victorious or if I have been beaten to a pulp by my own body. May the odds be ever in my favor.

I’m almost through my third week of keto and while I’m starting to actually feel the fatigue of depleted glycogen stores, I’m still doing really well. I have a lot of energy to do my workouts each day, which is what I was originally conc...

Keto Week 2 : Death to My Bowels, But Hey, We Have a New Doctor!

Keto Week 1, or How I Learned to Hate Deviled Eggs

Do keto, they said. It’ll be great, they said. You get to eat lots of cheese and eggs and meat, they said. If you’d told me a week ago that eating 42 eggs in the span of a week would effectively ruin eggs for me for the rest of eternity, I wou...

How Moxie Got Her Groove Back

I was doing so great at the beginning of summer. I’d gotten my weight down to 199 pounds, I was doing 50 burpees a day for fun, I was running every day, and life just generally felt great. And then I went into a slump. I can’t rightfully say w...

This site uses Akismet to reduce spam. Learn how your comment data is processed.